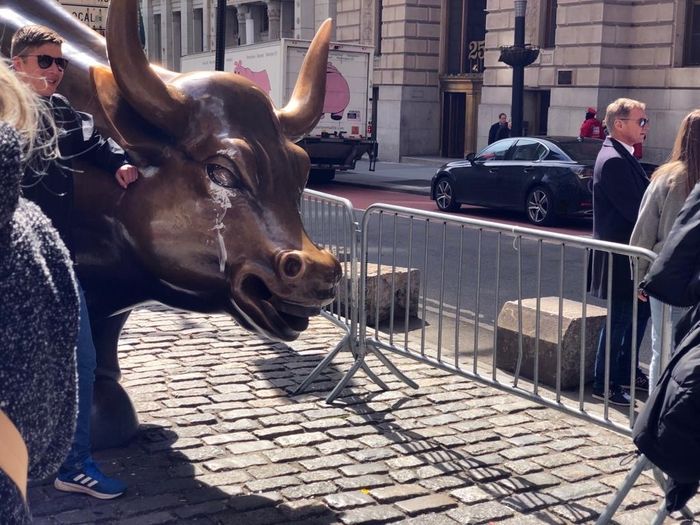 Hey Mr. Charging Bull, you’ve got something in your eye. MARKETWATCH/KOLLMEYER

Stocks are in the green for Thursday, with Facebook parent Meta Platforms in the driver’s seat after less disastrous than feared results. Gains are a bit less than what stock futures were promising though.

With earnings, inflation, a COVID-19 resurgence and war all in the balance, any gained ground for stocks could easily disappear in another sell-the-rip move. Following weaker-than-expected growth data, Amazon and Apple results loom for after hours.

On to our call of the day from TS Lombard’s chief U.S. economist, Steven Blitz, who sees the “golden era of Fed-controlled equity markets” coming to an end. (h/t The Market Ear).

As Blitz explained, if equity market weakness continues, with the S&P 500 SPX down 12% year to date, consumers may slash spending by the end of this year, if not sooner.

“The Fed’s communicated policy trajectory was intended to weaken equities — equities and the dollar are the Fed’s main conduits to impact the economy and, in turn, inflation,” said the economist, in a recent note. “An acceleration of current market weakness adds to our expected near-term downswing in spending and, more critically, threatens to embed a much weaker outlook for spending heading into next year.”

As for the connect between consumer spending and stock market performance, Blitz noted ties have tightened up since the global financial crisis of 2007-08, when households reacted by “long-tail deleveraging of their balance sheets.” He talked about how that sparked the Fed’s creation of an asset cycle centered on stocks, and households charged into equities because TINA [There is No Alternative] and the market only goes up, right?

His below chart shows how equities now, mostly, comprise a bigger chunk of household worth vs. early 2000. And as households sold into a late-90s rally instead of buying into the one that started in 2009, they are stuck with a higher cost-basis compared with the 2000 market crash. In short, they are more vulnerable to equity pullbacks.

“The combined 40-to-69 group accounted for 62% of consumer durables purchased since the economy bottomed in spring 2020. From here, it is easy to surmise that between satiated pent-up demand and falling equity valuations, consumer durable spending takes a hit,” he said.

Also consider that jump in cash relative to net worth as individuals age, said Blitz. The ratio is 15.4% for those 70 and over versus 11% for that young boomer crowd. “In other words, the 55 to 69 group likely begins to rebalance to cash, passively or actively. Regardless, equity market domestic demand shifts lower.”

The big question is how far will the Fed be willing to go to undermine confidence in its put — that is, market and investor belief that the central bank will step in to halt a slide in stocks.

“The Fed could very well end up undermining their future ability to drive household balances back into equities for the next upturn. The Fed’s ability will already be compromised to a point, anyway, by aging baby boomers rebalancing toward cash — a rebalancing aided by higher inflation and policy rates returning a yield to cash,” Blitz said.

Caterpillar CAT stock is surging on results, while Merck MRK also lifted on its earnings. Eli Lilly LLY is rallying on a beat, along with McDonald’s MCD. Twitter shares are rallying after topping user-growth forecasts in first report since Tesla TSLA CEO Elon Musk’s takeover bid. Qualcomm QCOM is also up on upbeat results. Apart from Apple AAPL (preview) and Amazon AMZN (preview), Gilead GILD and VeriSign will report after the close.

Stock in Facebook parent Meta Platforms FB is surging on an earnings beat, even as sales were the slowest in a decade. Teladoc stock TDOC is down 41% after a weak earnings outlook and a huge impairment charge.

First-quarter U.S. gross domestic product came in weaker than expected with a 1.4% drop, from a 6.9% rise in the fourth quarter. Weekly jobless claims fell by 5,000. Coming up Friday, the Fed’s favorite inflation gauge.

Russian attacks in eastern Ukraine have picked up, as the European Union tries to keep members from caving to Moscow’s demands for gas payments in rubles, after Poland and Bulgaria were cut off. International Planned Parenthood, meanwhile, has sent thousands of morning-after pills into Ukraine, as reports of rapes by Russian soldiers rise.

Stocks DJIA SPX are higher, led by those for the Nasdaq Composite COMP, as bond yields BX:TMUBMUSD10Y BX:TMUBMUSD02Y rise , while oil CL00 BRN00 is slipping. The dollar DXY is surging against major rivals, with the Japanese yen USDJPY hitting a two-decade low on a dovish Bank of Japan stance and unlimited bond buying vow.

Ready to Get Rich in the Stock Market? 3 Investments You Can't Go Wrong With 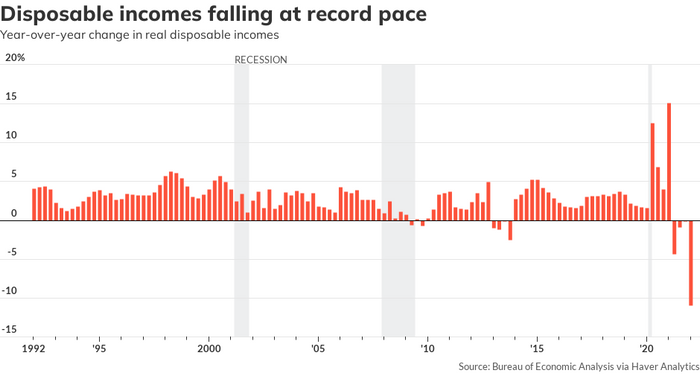 A 30 Point Checklist for Your Startup

So you've decided to create a company Well, congrats! Once you've overcome your... 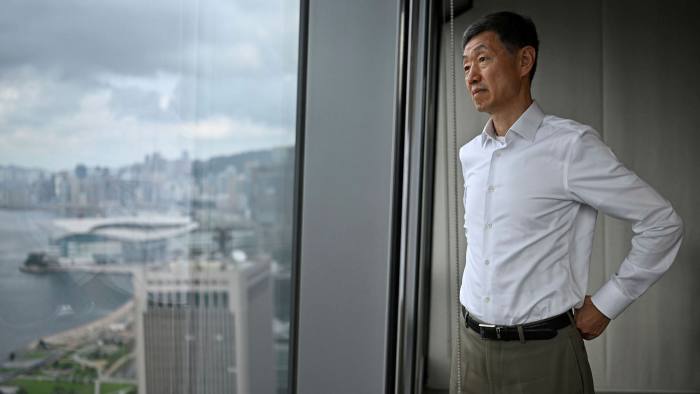 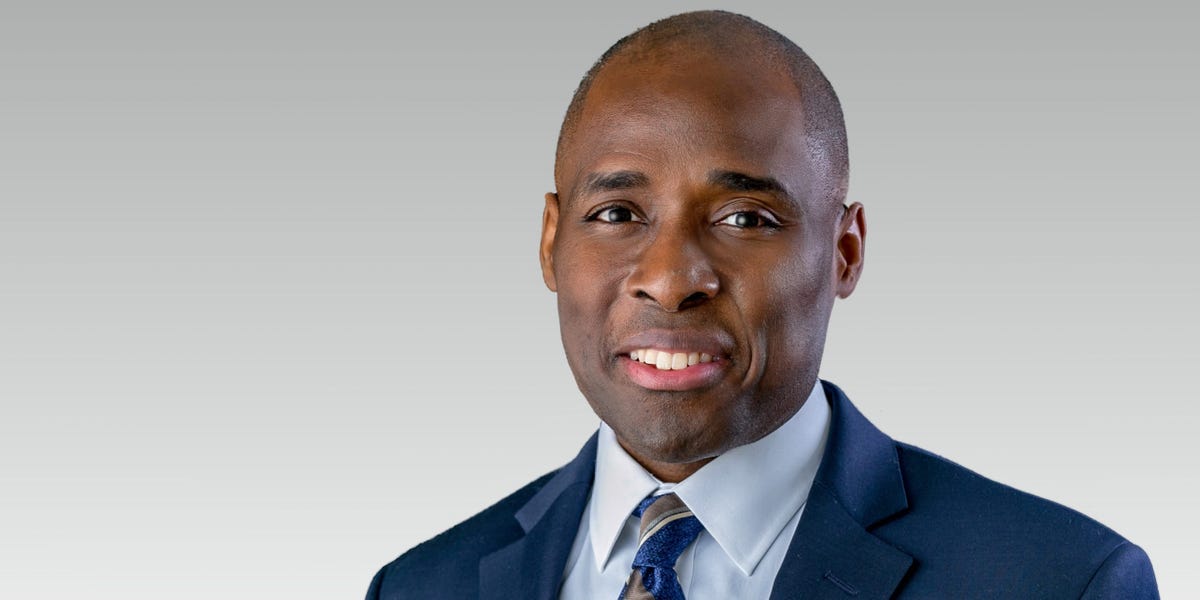 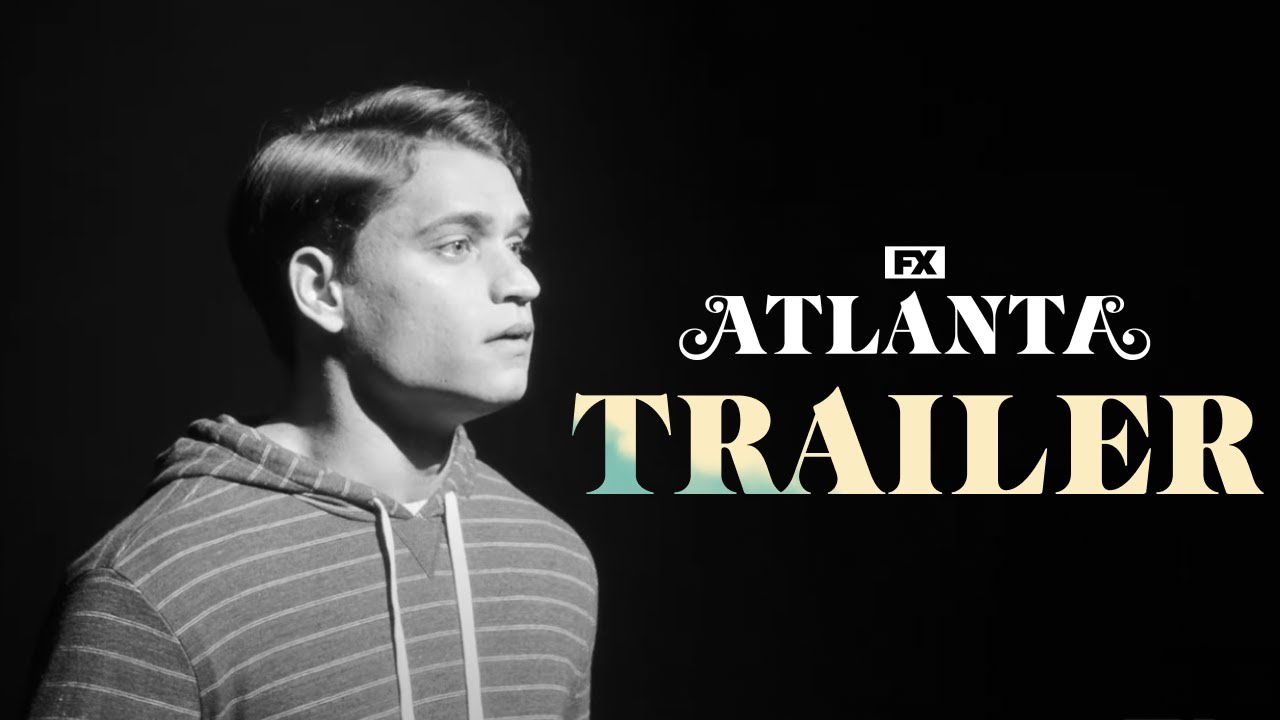